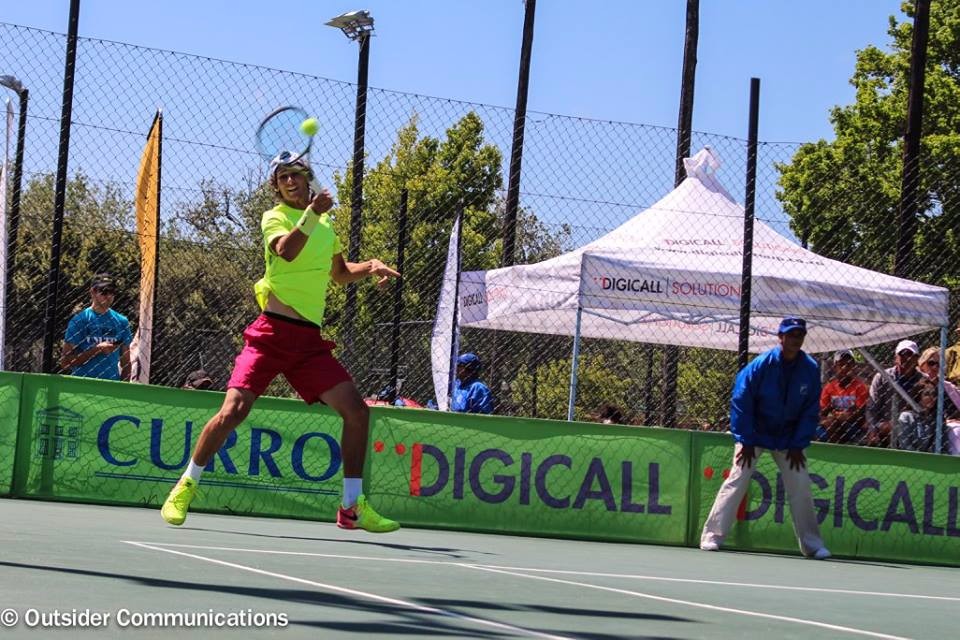 Johannesburg, South Africa – Three weeks of top quality international tennis returns to Stellenbosch, in November and December 2017, with the announcement that the highly successful Digicall Futures will be taking place for the third consecutive year.

The Digicall Futures enables some of South Africa’s most promising young male and female players to start the transition to professional tennis, by offering them the chance to earn international ranking points, without leaving the country. SA Davis Cup star, Lloyd Harris, currently ranked 231 in the world, used the 2015 and 2016 Digicall Futures as the launch pad for his promising men’s singles career.

In an exciting new development, the prize money for 2017 has been increased to $15,000 per week, in line with the new ITF (International Tennis Federation) requirements.

Ruben Moggee, CEO of Digicall, hailed the growth of the event: “The Digicall Futures are quickly building a global reputation as some of the best in their class and the number of international entries continues to increase, year on year. We are very proud to help build a platform for our best young local tennis players, to test themselves against players from across the globe.”

The confirmed dates for the 2017 Digicall Futures are as follows:

Meanwhile, the event draw sizes will be as follows:

In addition, the event organisers, the Tennis NPC, have joined forces with Tennis South Africa (TSA) to ensure that wild card opportunities are awarded to up and coming South African players. Wild cards will be available based on the following criteria:

The three weeks of Futures have been made possible, thanks to financial contributions from headline sponsor, Digicall, as well as co-sponsors: Curro, the Stellenbosch Academy of Sport and Tennis South Africa.