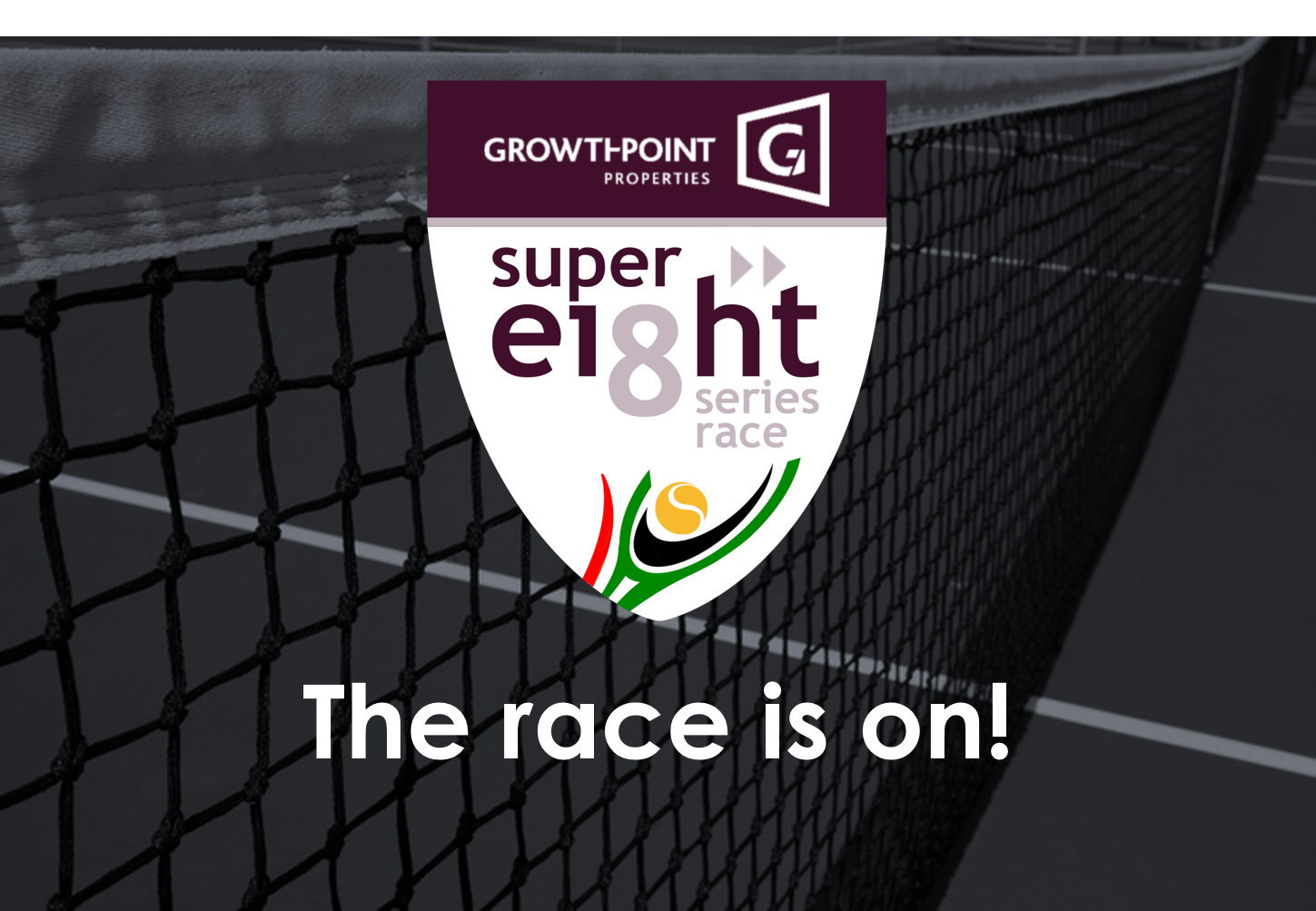 Tennis South Africa are pleased to confirm that the Growthpoint Super 8 Series Race returns for the 2018/19 junior tennis season.

The race aims to build our key TSA junior national tournaments (specifically Growthpoint Super 8 events and the Growthpoint Junior Nationals), into a series – in order to recognise the most consistent junior players in South Africa.

Once again, the race will cover nine tournaments in total – eight x Growthpoint Super 8 events, as well as the Growthpoint Junior Nationals – played in the period from the 1st December 2018 to the 31st July 2019.

Players will earn race points for rounds reached at the above tournaments. Points are accumulated over the above time period, per age group and per gender. At the end of the designated time period, the player with the most points (per gender and per age group) will win the Series title, as well as some great prizes!

The following points apply to all genders and age groups:

The Growthpoint Super 8 Series Race tables for each gender and age group will be published on the second Monday after each relevant tournament.

The race is age specific and so individuals cannot be in the race for two different age categories. In short - if a player plays up, then the points will reflect in that player's correct age group.

In the potential scenario of players (either in first or second positions) finishing on the same number of points, then the following criteria will determine the series winner and/or runner-up:

On your marks, get set, go!