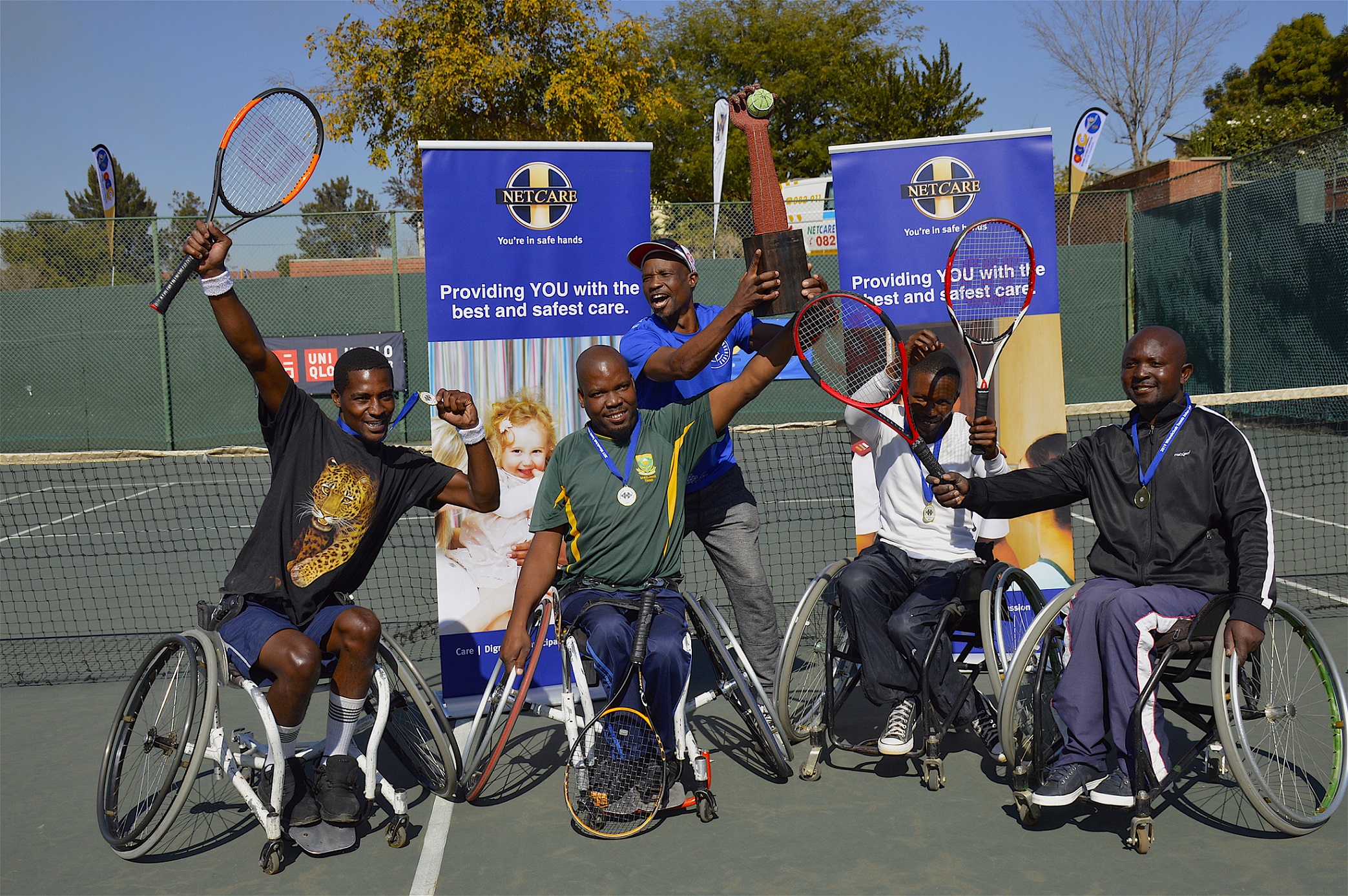 The two teams from the far north province fought tooth and nail to level the tie at 1-1 but it was however Limpopo South team of Danny Mohlamonyane, Luwie Mabelane, Sello Mayipa and Joseph Manzini who emerged as champions following their win in the doubles decider and will now eagerly await the Soweto Open Futures tournament which starts tomorrow until Wednesday at Arthur Ashe Tennis Centre.

The team’s progress is in no small part due to the contribution of the country’s number 3 quad ace Danny Mohlamonyane and great efforts from promising player Luwie Mabelane. This is a huge milestone as the team finished in 14th position in 2018.

The event saw over 45 players making up 12 teams representing 8 provinces of the country that battled it out in the tournament sponsored by The Healthy Lifestyle Trust.