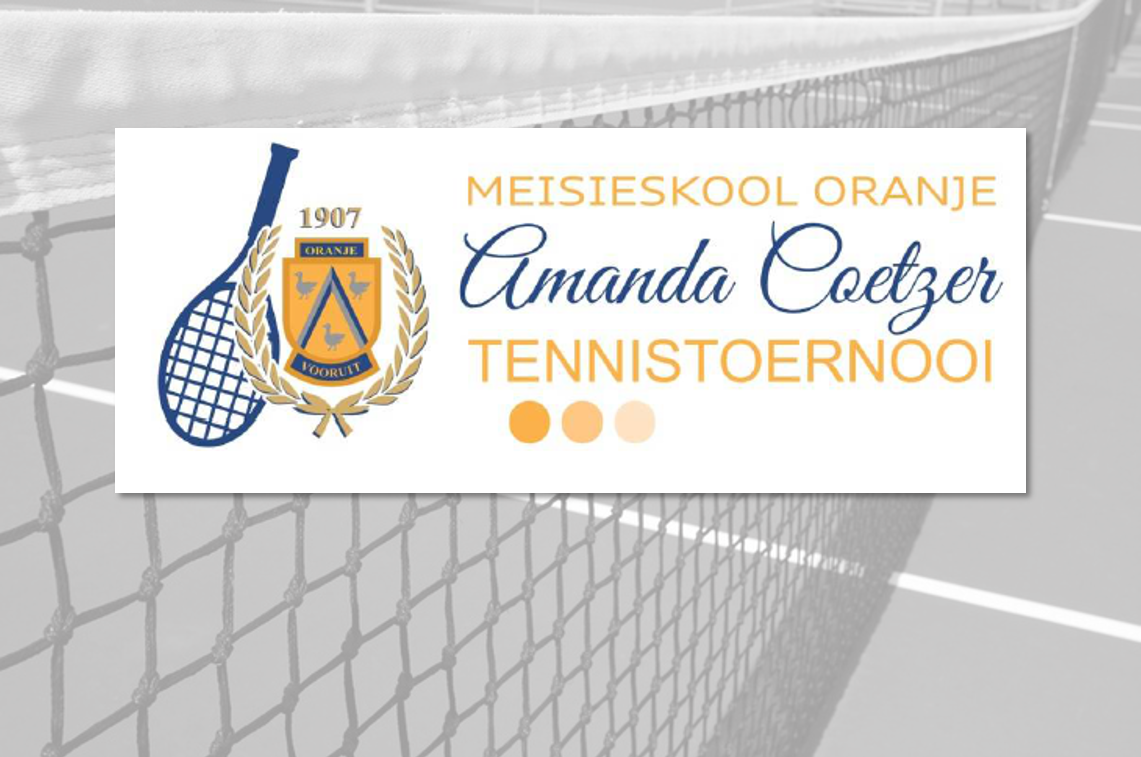 Saturday was a good day at the office for Oranje Meisieskool, as they claimed both the u/15 and u/19 titles at the Amanda Coetzer tennis tournament for girls hosted by Oranje Meisieskool and sponsored by Konica Minolta.

The u/15 team of Oranje beat their counterparts from Bloemhof relatively easily - by 13 points to 1, to claim the title for the second year running.

In the u19 section it was a totally different story. Oranje went up early by 2 matches to 0 when No 5 Gina Moolman beat Janneke Turck and Christine Kruger beating Alexa Genis in 3 tough sets. Blomehof came back strong winning the nr 2, 3 and 4 matches when Corin de Waal beat the niece of Amanda Coetzer herself, Carmen Fichardt (nr2), Rochelle Pienaar beat Inge Greyling (nr 3) and Alta Brink beating Gizelle Naude (nr4). Linge Steenkamp then beat National u/18 champion Lize Alet Morkel to draw level at 3 matches each. The nr 3 doubles went the way of Oranje and teh nr 2 doubles went the way of Bloemhof, which tied the teams at 4 matches each.

The deciding doubles between the Oranje duo of Steenkamp and Fichardt vs Morkel and Pienaar went down to the wire, with Oranje going down 6-3 in the first set before claiming the second set 6-3. Oranje then won the final set super tie break  by 10 points to 8 to seal the victory. 2 years ago it was heartbreak for Oranje losing to Bloemhof in the same fashion 11-9 in the final set tie break. The match was played in a great spirit, and both teams can be very proud of their performances.

The rest of the play off matches had to be cancelled because of rain.