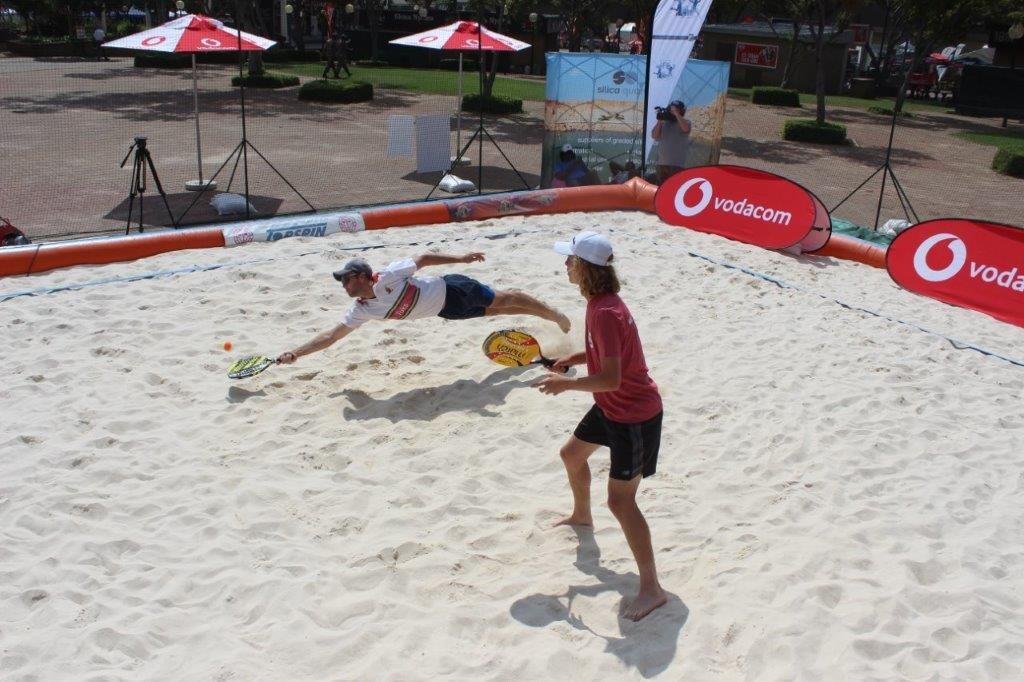 Johannesburg, South Africa – The prize being played for was large and as a result the beach tennis competition at the Rand Show Challenge was fierce.

The winners were fighting out on the specially created beach tennis court at the Rand Show in NASREC, south of Johannesburg, for the honour to represent South Africa at the upcoming ITF (International Tennis Federation) Beach Tennis World Championships in Russia.

This will be the first time the Rainbow Nation flag will fly at the World Championships to be played in Moscow.

South Africa’s Davis Cup player, Vorster said, “It’s really great to be representing my country at the World Champs. Beach tennis is so different in many ways to conventional tennis. You need a lot more finesse than power when you play and you need to have some ‘touch’ and ‘soft hands’ to set up the points which Ryan and I did that well.”

Ryan Brookshaw sent a big shout out to Tennis South Africa (TSA) needed to be made for hosting this event, “Beach tennis is a lot of fun and looks a promising future sport, and to all the sponsors that have partnered with TSA namely Rand Show, Vodacom, Topspin and Siliq Sand we as players can’t thank you enough for giving us this great opportunity. I’m so excited to be travelling to Moscow with Tucker and flying the SA flag high there.”

In the women’s event, Bronwyn Davidson and Caitlyn Klaasen took honours. The Johannesburg team finished ahead of Tamara Day and Lisa Van Der Riet, both of Pretoria, to take the title.

“What a win it was for us,” said Davidson. “Caitlyn and I met at the Bryanston Sports Club teamed up as a league doubles team and really get on well. We entered the Rand Show Challenge as it looked like a fun event to enter and never imagined we could win the overall prize.”

Davidson said that she felt that she and Klaasen’s good volleys and ‘touch’ gave them the advantage, “Beach Tennis is a game which needs a lot of skill and we managed to work on that well throughout the tournament” continued Davidson a former top junior and US College tennis player.

As a bonus, the winners of the Rand Show Challenge have been wild-carded into Tennis South Africa’s first international beach tennis event to be played in Sandton during the Arnold Classic in May. 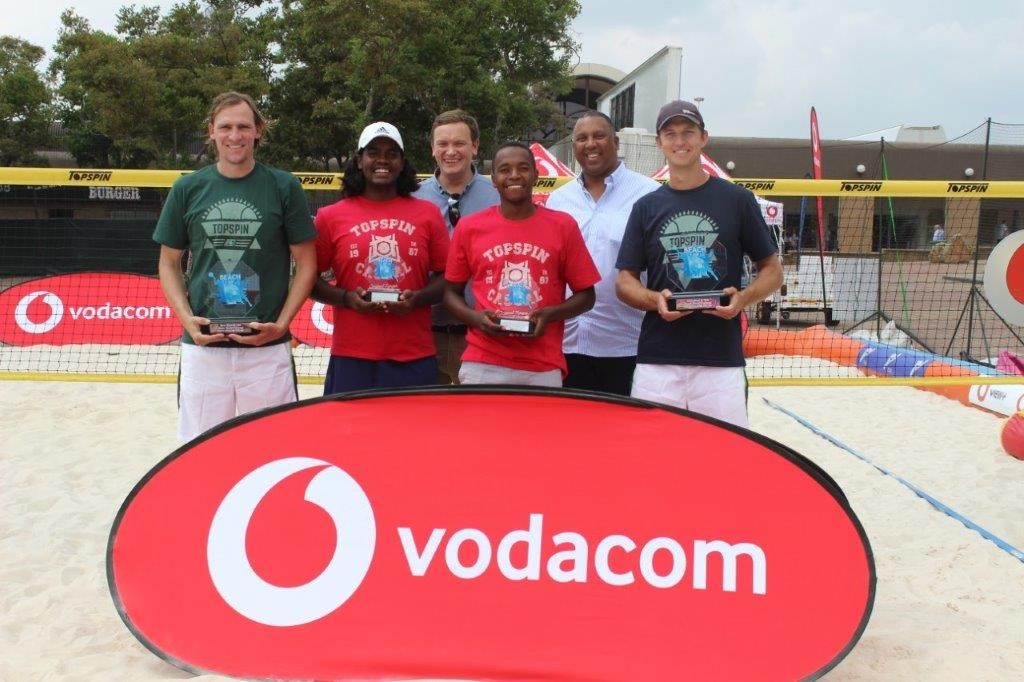 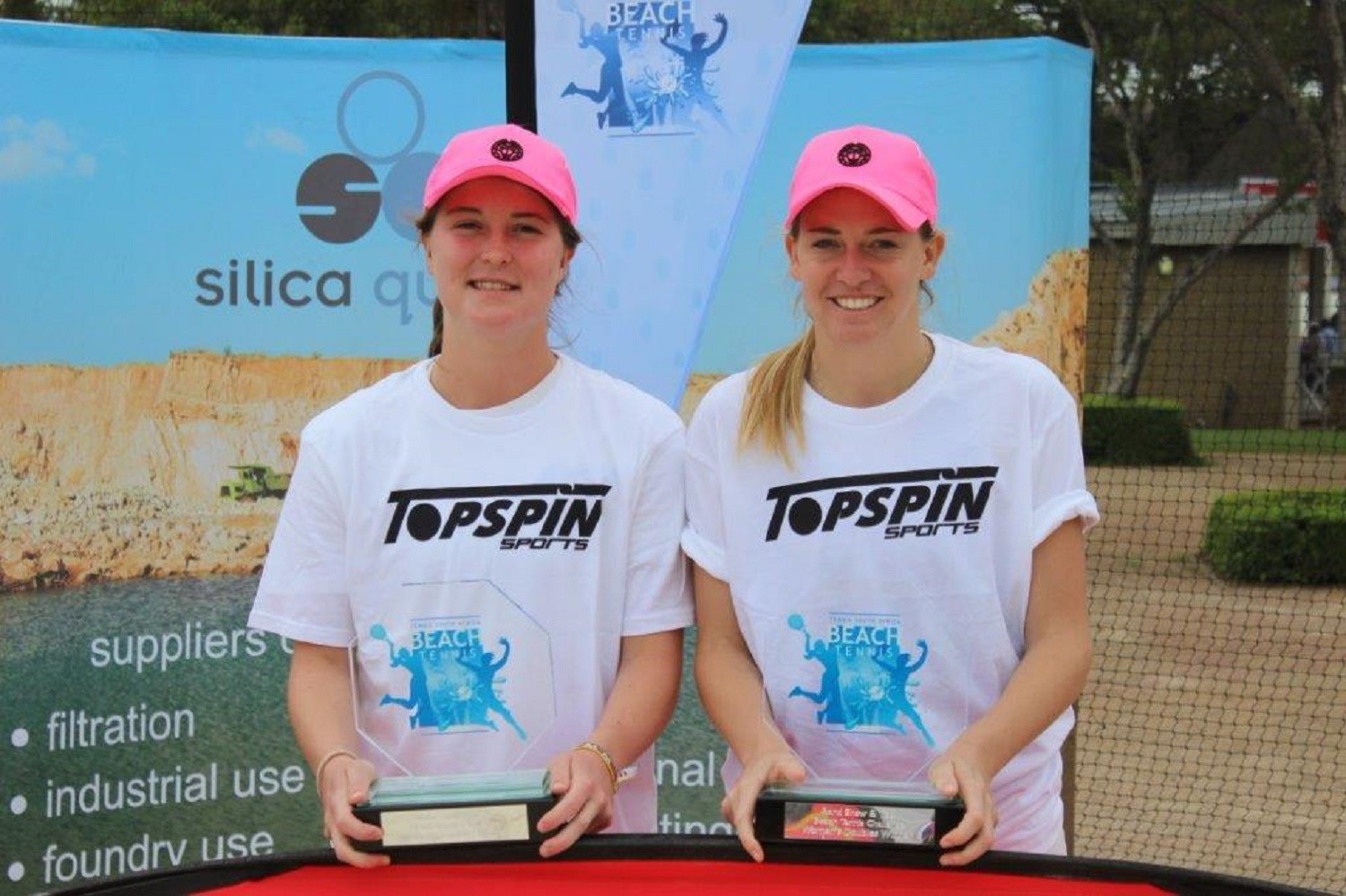