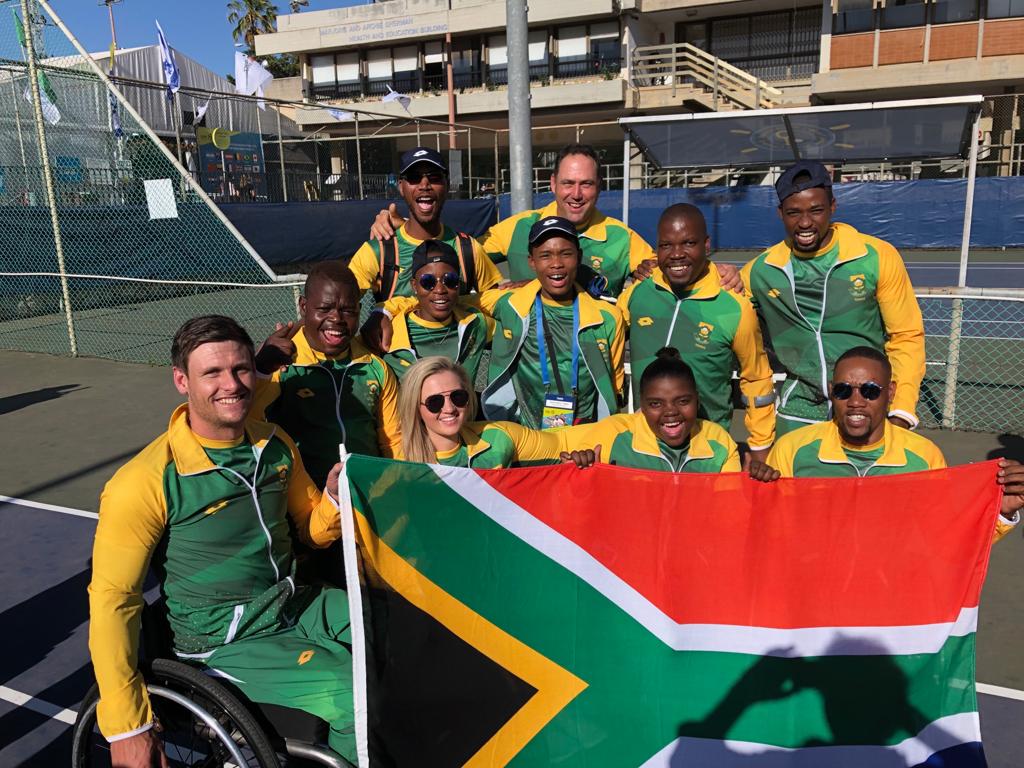 The team of Lucas Sithole, Donald Ramphadi and Danny Mohlamonyane defeated Great Britain 2-1 in the third-place playoff to clinch the bronze medal.

Sithole then joined forces with Ramphadi in the doubles decider and were spurred on by teammates. The duo went on to secure the doubles encounter 6-2, 6-4 to take third place.

The quads team becomes the first African team to clinch a medal at the BNP Paribas World Team Cup.

“The quads made a massive improvement from last year’s event. Making it the first team from Africa to earn a medal at the prestigious World Team Cup Event. All three players worked hard in the preparation for the World Team Cup and that worked showed during the competition,” commented Team Coach Holger Losch.

“It was a fun week and a privilege to work with the players. Credit needs to be given to each one of them for competing so hard for their country.

“They all said they can’t wait for next years’ event to see if they can go for Gold,” added Losch.

The team’s progress is in no small part due to the contribution of world No. 6 Kgothatso Montjane and great efforts from rising stars Mariska Venter and Mable Mankgele. The team finished in 4th place after losing to Britain 2-0.

The men’s team which comprised of the country’s leading men’s player Evans Maripa, Leon Els and promising star Alwande Sikhosana finished in 12th position after losing to Austria 2-0 in the 11th & 12th playoffs.

“My first World Cup in men’s division was so amazing because I learnt a lot from top players around the world. The tournament was tough but it also helped me to learn about tactics. It was key for me to be exposed to international competition at the higher level which will be beneficial in my career going forward,” commented rising star Alwande Sikhosana.