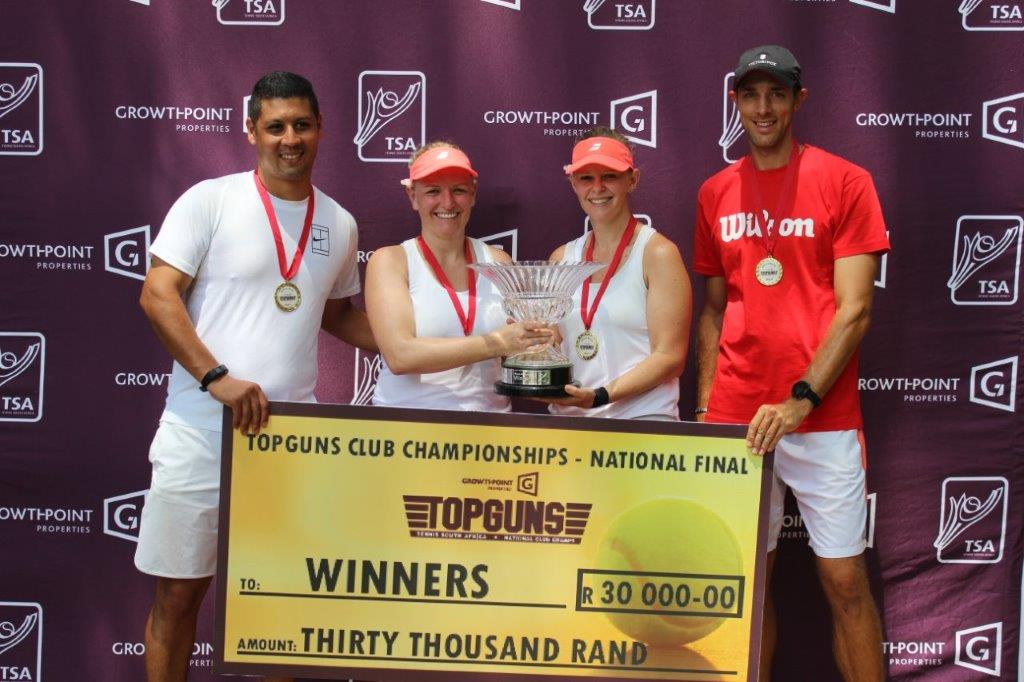 Marks Park from Gauteng Central (Johannesburg) were, on Monday, crowned the 2019 Growthpoint Top Guns National Club Champions at Sun City in the North West Province, after defeating Kovsies Tennis Club from the Free State, to conclude a thrilling three-day tournament.

They were in top form defeating Camps Bay - the 2018 champions who entered the fray as pre-favourites - in the semifinals to set up an exciting final against the Free State team.

The final, too, had all the characteristics of a perfect climax with both teams contesting each point vigorously and with plenty of flair, with the Gauteng outfit edging it for a 2-1 win.

Marks Park’s Patrick Wysoczarski gave praise to his charges, saying: “It was amazing to play with my teammates; the focus was there from day one and I’m really glad we managed to hold it together to win this special tournament.”

In what could also be marked as another successfully staged tournament at the world class facilities provided by the popular leisure feature, Tournament Director Iain Smith was also pleased with how seamless the logistical preparations went.

“It was a fantastic three days here in Sun City, the intensity the games were played at was remarkable. Also, I’d like to thank Tennis South Africa (TSA) and Growthpoint for investing in club tennis and helping to ensure that the development of sport continues,” said Smith.

Results from the final day of the Top Guns Club Tennis Tournament: