Welcome to the beach tennis revolution 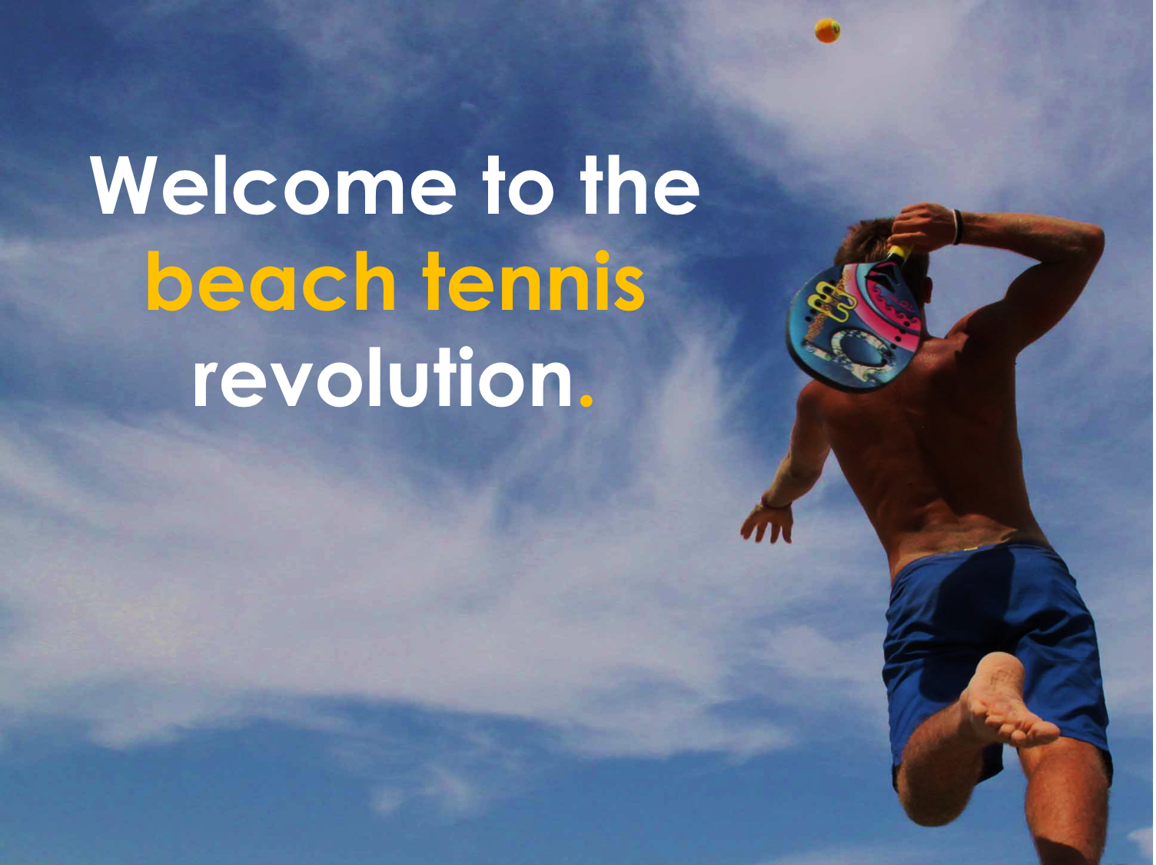 2018 is set to be the official year of beach tennis in South Africa. This comes after Tennis South Africa (TSA) officially launched the fun tennis format on Tuesday, with a host of exciting announcements.

TSA has spent the last 12 months trialling beach tennis across the country and is stepping up its commitment to the format – including launching four new events in 2018 – specifically:

The Rand Show TSA Beach Tennis Challenge has a unique hook – the winners of both the men’s and women’s sections will represent TSA, all expenses paid, at the ITF Beach Tennis World Championships, in Russia, in August 2018.

Beach Tennis is an approved International Tennis Federation (ITF) discipline and South Africa is one of 47 countries around the world where the sport is now being promoted and played. TSA believe that Beach Tennis is the “fun tennis” of the future, as it is a game that can be played by all ages and all playing abilities.

Richard Glover, CEO of TSA said “Visit any beach in South African during the festive season and you will see a wide variety of people playing a simple form of beach tennis - with a paddle and ball. What this demonstrates is that beach tennis is fun, easy to play and appeals to all ages. It offers a simple and easy entry point into our sport and we think it is a dynamic platform from which to grow tennis in South Africa.”

Jackie Nesbitt, ITF Executive Director, ITF Circuits: “We are delighted to welcome South Africa as an active member of the ITF Beach Tennis Tour.  Tennis South Africa has approached the inclusion of Beach Tennis within its portfolio of activities in a measured and responsible manner, but its enthusiasm for the sport shines through.  The proposed 2018 schedule includes both non-prize money tournaments for entry level players but also offers prize money tournaments to incentivise those keen to progress in the international rankings.  The fact that we will see a South African team in this year’s ITF Beach World Team Championships is particularly exciting and certainly the ITF sees enormous scope for growth of Beach Tennis within the continent. We wish Tennis South Africa and its partners and players every success with the coming season and look forward to expanded activity in future years.”

Michelle Price, Shareholder,  Arnold Classic Africa: “We are excited to have Tennis South Africa having a presence with Beach Tennis at the Arnold Classic Africa. The goal of Arnold Schwarzenegger with the Multi Sport Event is to expose new and smaller sports like Beach Tennis to South Africans motivating participation. We believe the ACA event is a perfect platform to develop Beach Tennis and help grow participation from a young age.”

Robyn Abrahams, Head of Sales at the Rand Show: “We’re delighted to be a part of the inaugural beach tennis tournament at the Rand Show this year. This will also be the very first beach tennis event in South Africa, and we are proud to be working with this pioneering team in ensuring that this is a continuous event in years to come at the Show.”