The World Cup of Tennis:

The Davis Cup is the World Cup of Tennis. It is the premier international team event in men's tennis. It is run by the International Tennis Federation (ITF) and is contested annually between teams from competing countries in a knock-out format.

South Africa currently finds itself in Euro/Africa Group 2. After comprehensive victories over Estonia and Slovenia, the SA team travels to Denmark for a promotion play-off tie against that country. The winner will play in Euro/Africa Group 1 in 2018 - the group below the prestigious World Group. 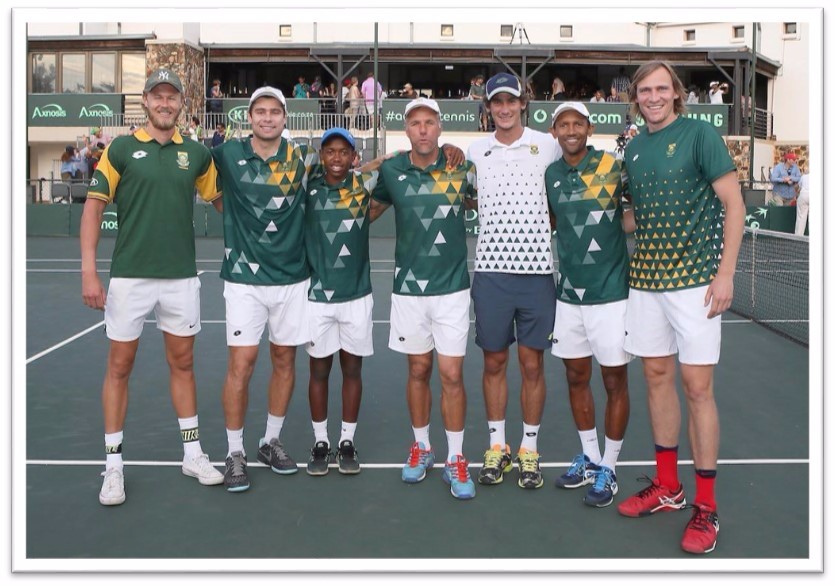