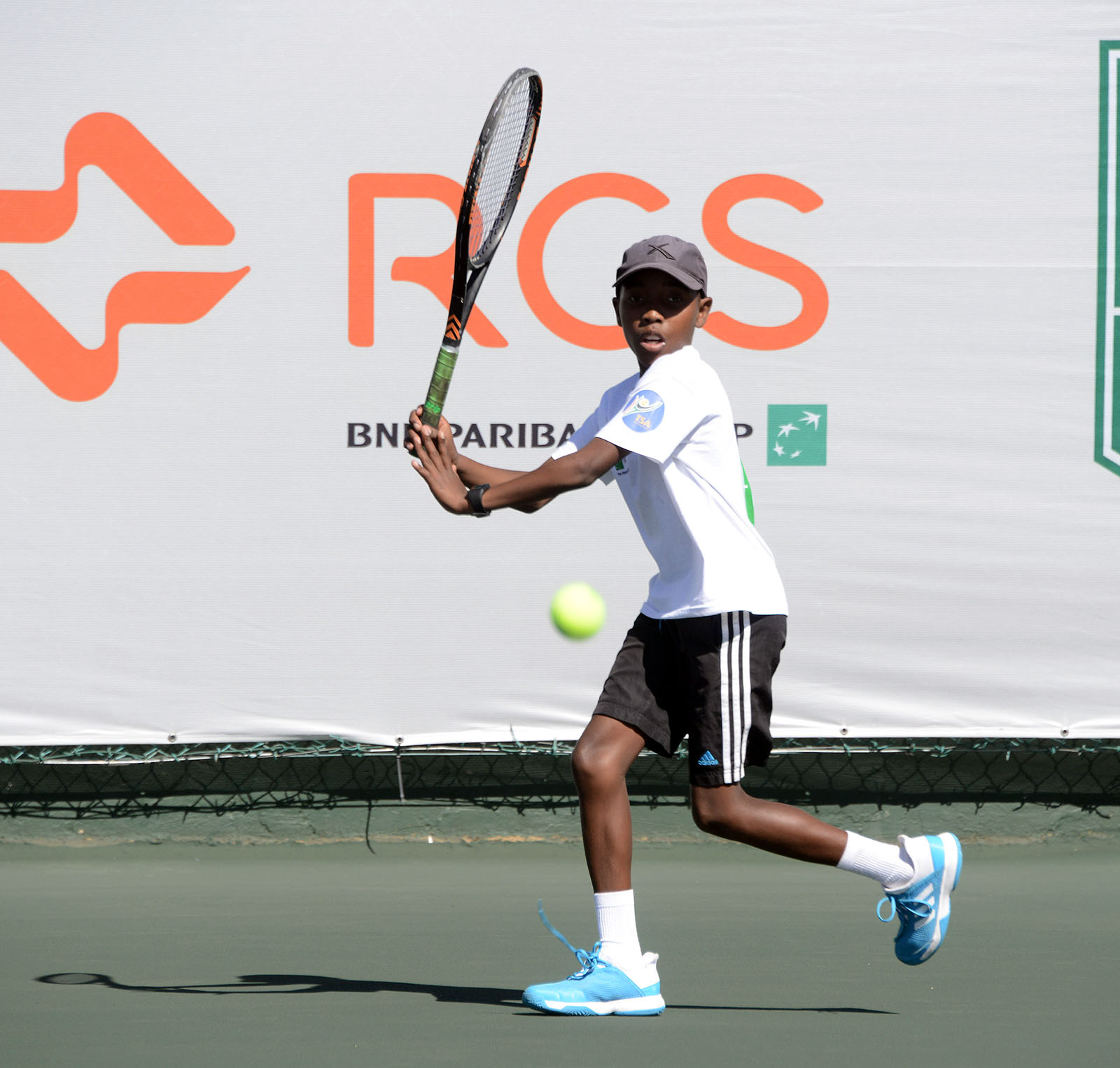 Grass roots tennis in South Africa has received a significant boost following an announcement by BNP Paribas and their wholly owned consumer finance subsidiary RCS, regarding a partnership with Tennis South Africa (TSA) to launch the ‘Rising Star Tennis’ initiative together.

The partnership -which aims to increase youth participation in the sport via a national primary school’s tennis challenge -was officially launched on Tuesday 23rd July at the Arthur Ashe facility in Soweto. The countrywide initiative aims to provide tennis access to children, targeting hundreds of primary schools across the country, including schools in historically disadvantaged communities in South Africa.

According to Richard Glover, CEO of Tennis South Africa, the seven-month competition in 14 tennis districts, and 9 provinces across the country, which commences in August, will set out to nurture tennis, and widen its participation and appeal, in order to diversify the sport and enrich the South Africa’s junior  talent pool. 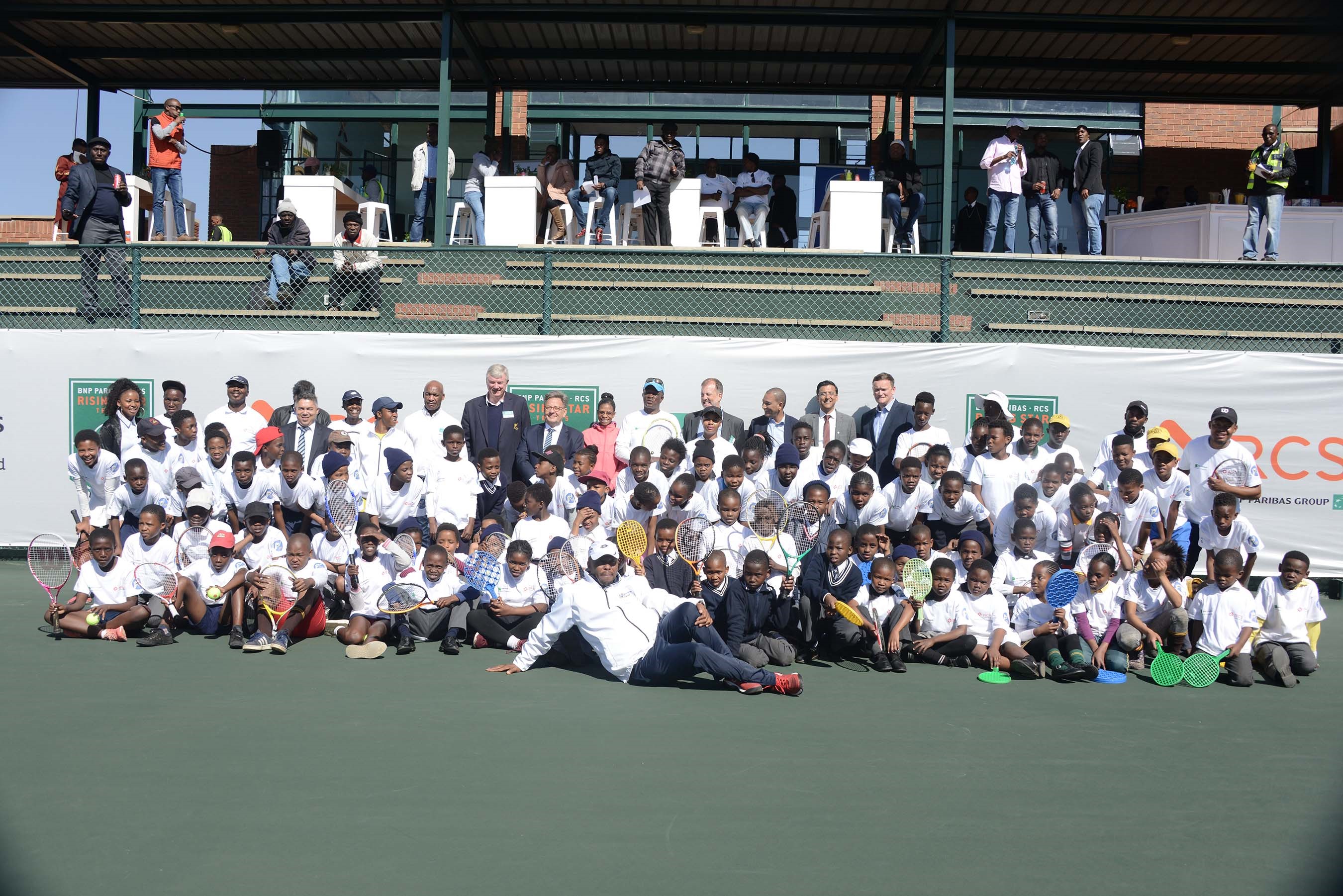 South African international tennis star Kevin Anderson will be the face of the initiative which aligns with his long held desire to develop tennis in South Africa and make it accessible for all. Anderson, a US Open and Wimbledon men’s singles finalist in 2017 and 2018 respectively, will, as the Brand Ambassador of the Rising Star Tennis challenge, be heavily involved in the programme and is promising some exciting developments, as the initiative progresses.

“I have always been extremely passionate about giving back to the game at home, and I strongly believe developing future South African Tennis stars needs to begin with a grass roots revolution. Together with BNP Paribas, RCS and Tennis South Africa, I want to achieve just that, as every child at primary school level should have the opportunity to play and fall in love with tennis. This is a fantastic initiative to increase the profile and legacy of the sport in South Africa, and I can’t wait to witness the discovery of some amazing tennis talent. Remember to keep an eye out for more information on Rising Star Tennis, as there will also be more exciting announcements to come!” added Anderson. 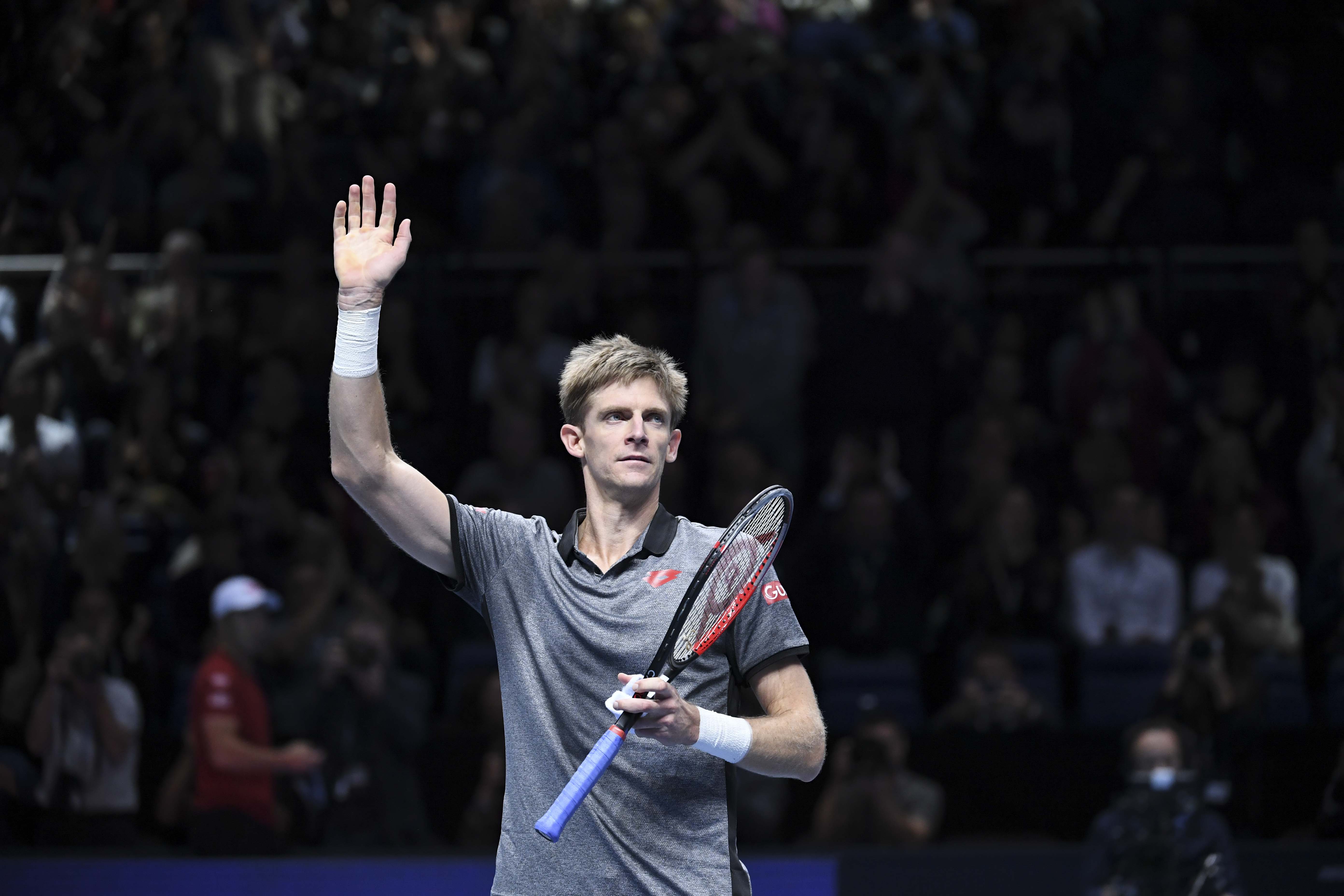 Vikas Khandelwal, CEO of BNP Paribas South Africa is proud to have Anderson onboard, with his support and participation as official ambassador adding  more impact, excitement and legacy to the initiative. “For more than 45 years, BNP Paribas has supported the sport of tennis, aiming to strengthen its participation at all levels including international, local, educational and social”, says Khandelwal. “In South Africa, we hope that through this partnership we can act as a catalyst for grass roots tennis and to help grow participation amongst the youth of the country, particularly in schools in disadvantaged areas to create a new legacy for the sport. Khandelwal added that sponsoring this initiative underscores BNP Paribas South Africa’s  status as the ‘Conscious Company of South Africa’, the award that it received this year for its contribution to social and sustainability initiatives. ” 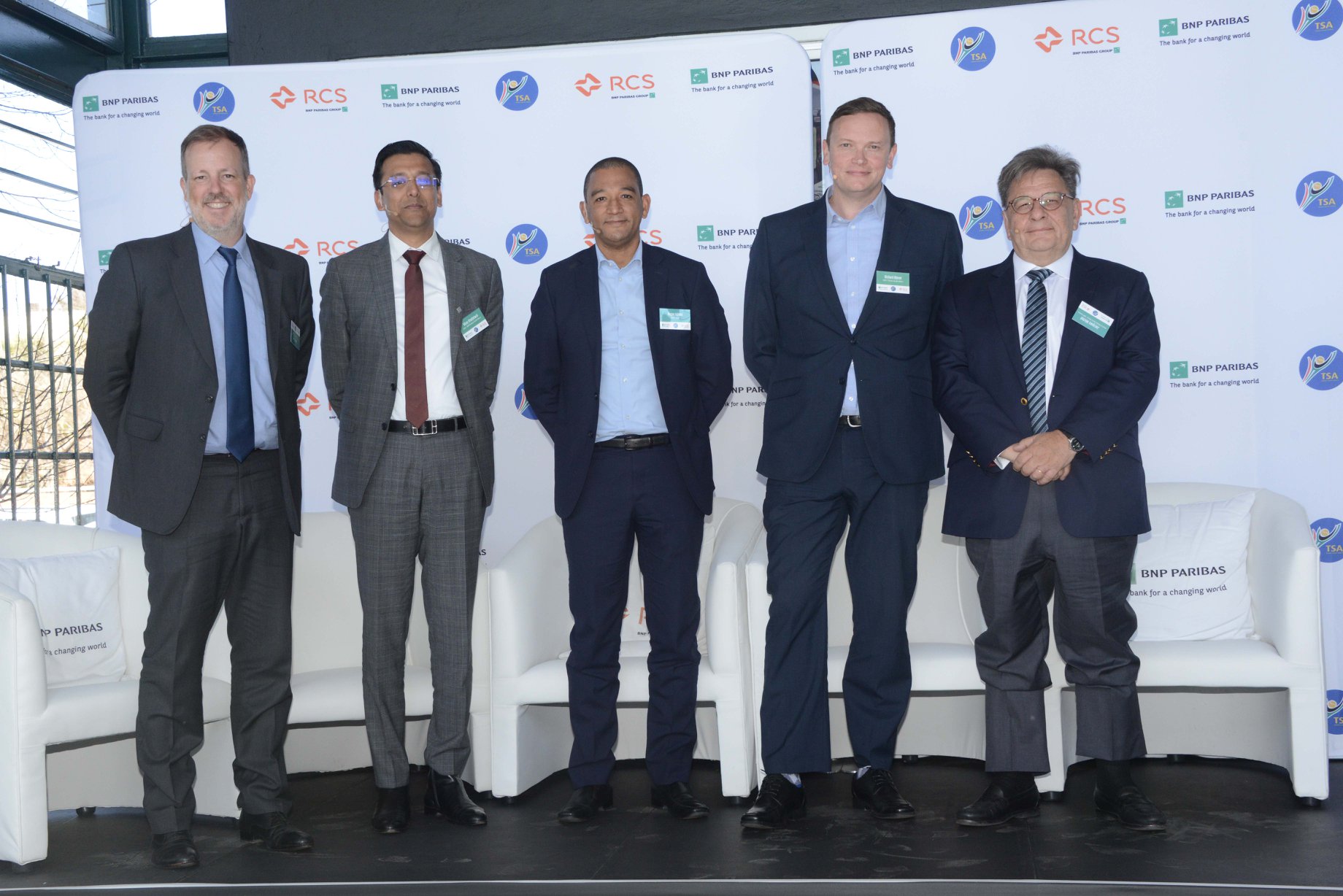 Regan Adams, CEO of RCS, says that growing tennis at a grassroots level in South Africa will enable boys and girls from all communities to gain access to the sport and deepen the talent pool like never before. "Sport like tennis enables people to rise above their circumstances and achieve their full potential. By creating more playing opportunities where they are needed the most, and by taking tennis to the people through this partnership, the initiative exemplifies our philosophy to be positive agents of change. The project is also the perfect articulation of our commitment to serving as a responsible corporate citizen, and a company helping to build a better South Africa,” says Adams. 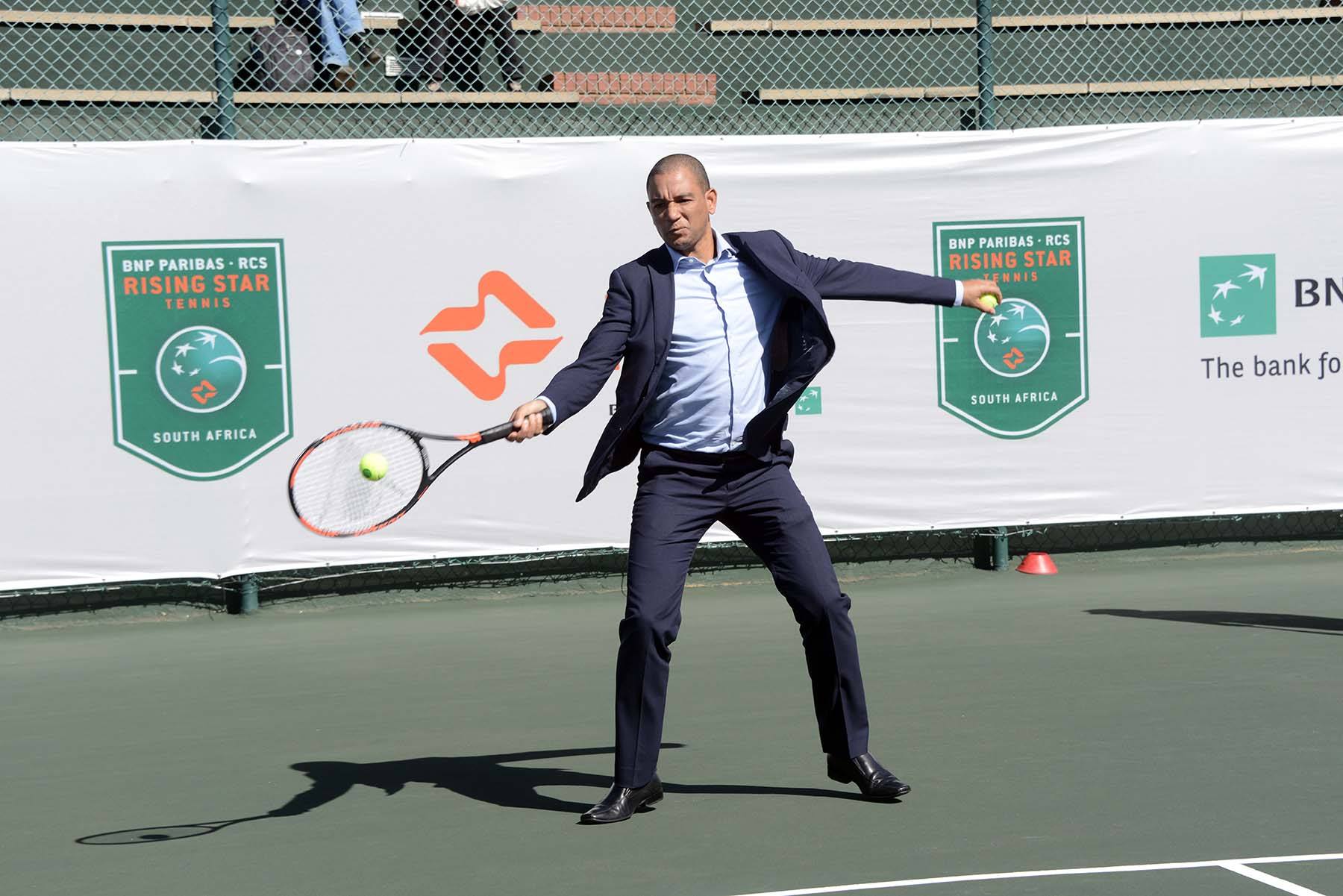 The announcement by BNP Paribas and RCS to sponsor the national schools’ championship serves to deepen their existing support of tennis in South Africa.  “In May 2018, BNP Paribas became the headline supporter of the TSA coaching mentorship programme – which aims to widen the diversity of registered coaches in South Africa by creating more sustainable opportunities for both black and female coaches” says Khandelwal.

The mentorship programme has gone from strength to strength and has doubled in size thanks to the ongoing support of BNP Paribas, with 58% of the 2019 intake of coaches being women.

“Having Kevin Anderson involved is the proverbial cherry on top of the cake. He is a wonderful ambassador for the game, and his endorsement demonstrates a willingness to give back to junior tennis in South Africa,” concludes Glover. 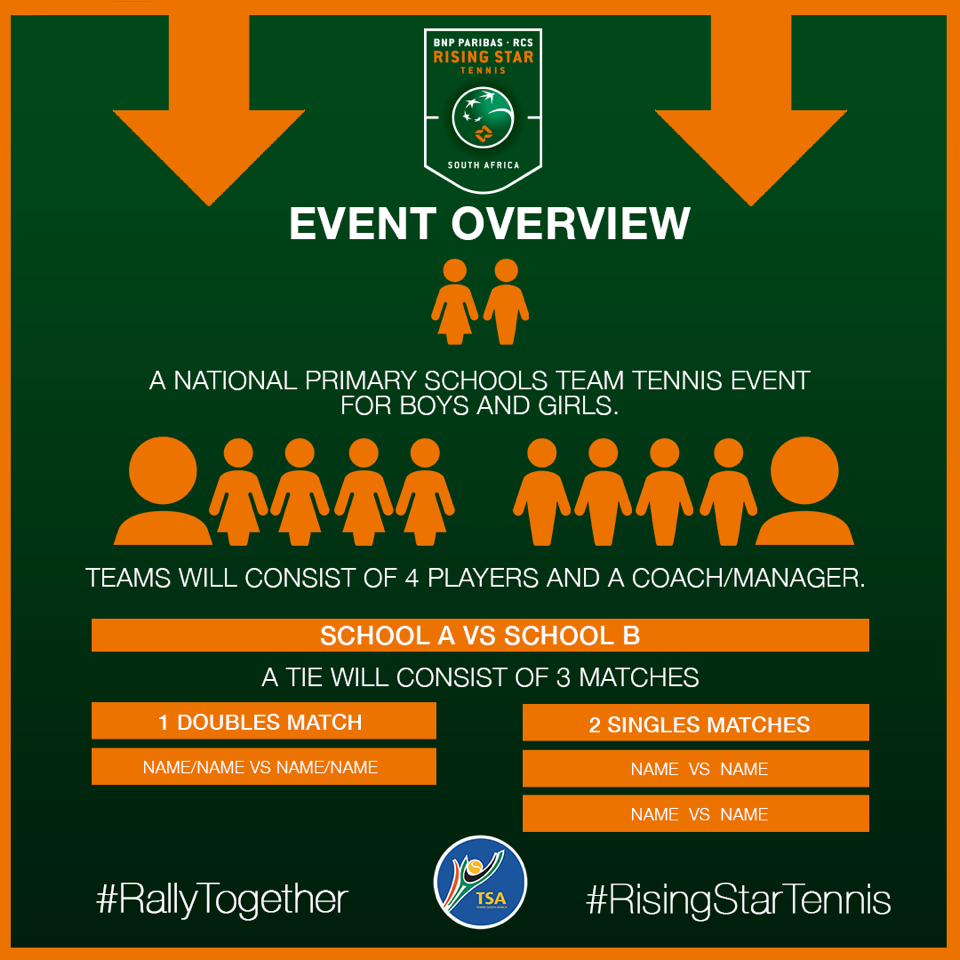 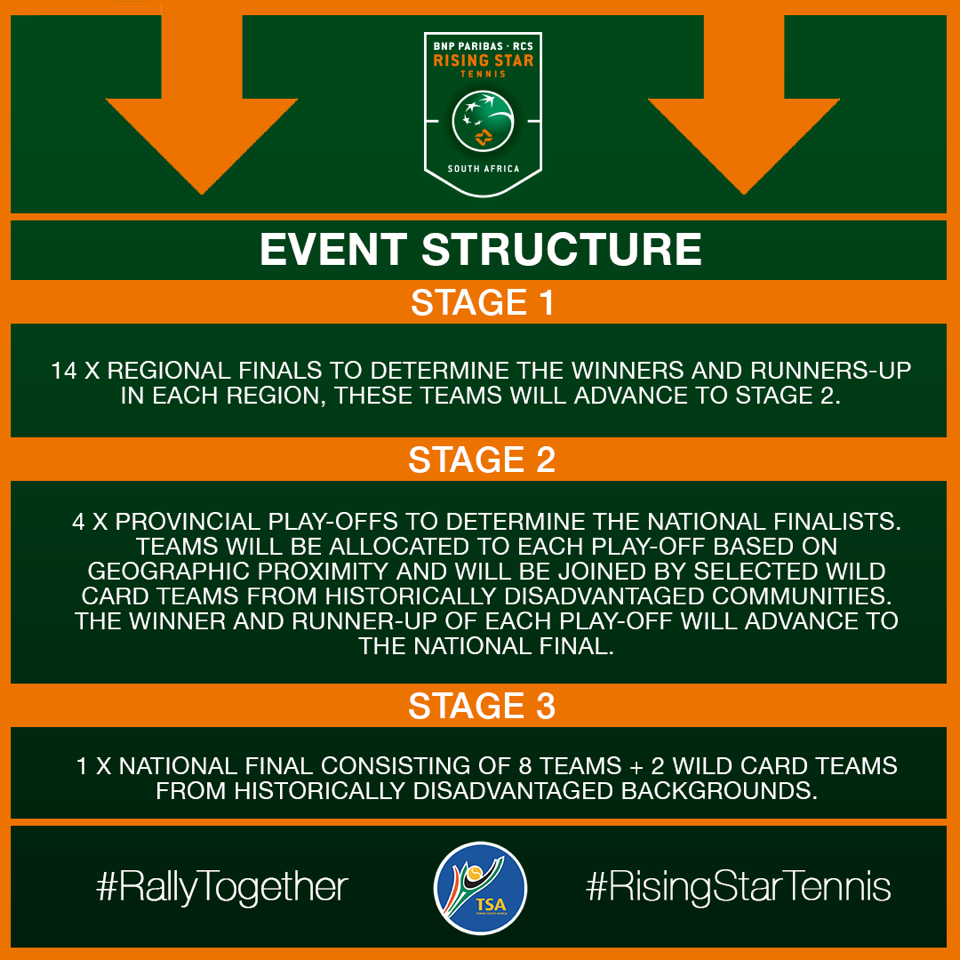